You are browsing the site archives by month.
31Jul 2015

It was July 2013, when I went for an interview to FEA office in Vasant Vihar. I was impressed with easy tone and temper of the recruiter. After the interview, I was very expectant and hopeful. When the anticipated phone call came through,  I was found not ready for the job and recommended to the Training Academy so that I could polish my language before being assigned a position.

The Training Academy threw a series of revelations and realisations. There were some words that I repeatedly mispronounced and the organisation was keen that I correct those sounds before I can be entrusted to lead, guide and teach the students. For instance, I struggled with ‘zoo’ and ‘preposition’. My sounds were clearly all over the place. I was struggling with my facilitation skills as well. Within a few days, I nearly convinced myself that this was not my cup of tea and decided to quit. While I had given up on myself, the organization had not.

My trainer made me understand that FAIL means “first attempt in learning” and it is not the end. In fact END means “efforts never dies” and if I received NO for an answer, it means “next opportunity”. It made me optimistic and hopeful. 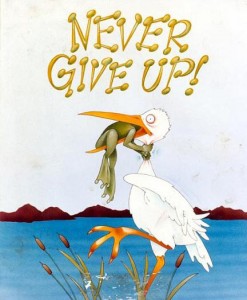 After successful completion of my training, I went for induction. I was rejected and asked to work on my facilitation skills. But I did not give up this time and was called for induction again. Having learnt from my past mistakes, I got selected and was assigned Freedom English Academy at Wazirpur Industrial Area (110052A).

The road to the center was covered in industrial ash. It meandered like a snake across the landscape, dotted with factories on both sides. At the end of this path, stood my center. With the help of gloomy looking factory workers, I was able to locate it. My center was a dim lit room with one window and witnessed regular power cuts. The students were the proverbial silver lining, beaming bright in the dark. That was all that I wanted. My reward for the perseverance and efforts was their smiling faces and confidence while conversing in English.

A few months later, I was given a new responsibility – Field Support Trainer – to guide and support facilitators. Initially, it was a struggle. Earlier I had to take care of only one center and 90 students who were keen to learn from me; now I had 28 centers and 56 facilitators who were reluctant or resistive to my guidance.

I did not give up and realised that because they were distinct individuals, they have different needs and strengths. That made me individualise my attention and focus to make my support more relevant for them. Within a few weeks, I started enjoying my job. This made me more flexible and responsive to the needs of the facilitator and made me polish my tools and enrich my repertoire. I was able to work consciously to fix my grammatical errors and pronunciation.

The days were turning mundane and I was definitely itching for a switch, but there didn’t seem any opportunity worth pursuing. And then it came…..suddenly!

On August 13 last year, my first day as a facilitator, I was welcomed with anger, dissatisfaction and tears. The students were certainly not to pleased to see me replace their old facilitator. I felt was dreadful!  But I stood firmly facing the the 59 students students, driven only by my passion for turning impossible into possible. I had to keep the faith – theirs and mine.

Every time I began to become complacent or complaining, my students snapped me out of my stupor. Rain, hail or cold winds, most students would turn up early in the morning; housewives and young mothers would leave their babies to their neighbor’s house; girls would fight with their orthodox families- all to learn from me.  When I heard about the obstacles they were overcoming to learn English, I began to reflect on my own life. In comparison to my students, I had more riches, they had more resilience and perseverance. I taught them English, they taught me positive outlook. 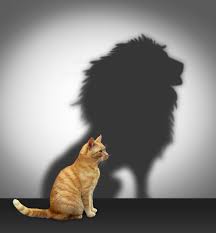 During the days of my rich experience as a facilitator, life of one particular student was my lighthouse of self-motivation and perseverance.

The student, let’s call her Anu, has graduated from Freedom English Academy(FEA) now. Her  father was an Army officer, but under the influence of his friends took early retirement to devote his life to worship. Since money was short, he stopped his children from pursuing education and forced them to follow in his footsteps of devotion to a godman. But Anu didn’t give up. She continued her studies on the sly. She would always hide her books and pursued the medical stream. She joined FEA one and half year ago and came regularly without disclosing it to her father. She saved her money by not shopping and not recharging her phone. The money she saved was used to commute to the center that was about 4 kms away from her house. Often, I offered her help, but her response was a very confident, “No Ma’am. I have made this choice so I have to pay for it.” It left me both, speechless and inspired.

Anu cleared entrance examination for B.H.M.S. without informing her father. By that time, I was promoted as Compliance Supervisor and was about to leave the center. I was not sure how she would respond to the news. Inevitably, I shared the news with her and  saw despair in her eyes. I made her realize the importance of her goals and jogged her down the memory lane to her first day in the center. She seemed upbeat and had resolved to continue when Ileft.

On day, I received a call form Anu informing me that she would not be able to come for 2 weeks as her father had passed away.  Promptly, after 2 weeks she returned with a smile and asked for her workbook to complete the lessons that she had missed. I was present at center on that day and her behavior amazed me. She didn’t expect sympathy but was focused completely on the lessons she had missed.

No amount of wealth or money could have taught me what Anu did!

On that day, my lesson in self-motivation and courage was complete…temporarily, at least.